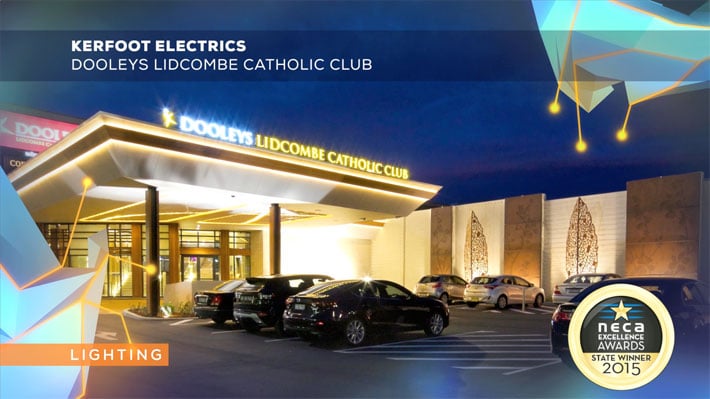 The best electrical and communications contractors in New South Wales were recognised on Friday, 11 September at the Excellence Awards held at the Star Event Centre in front of 680 attendees.

Excellence Awards were presented in ten categories, covering projects valued from under $1 million to greater than $8 million.

Kerfoot won the Industry Award in Lighting for our work on the Dooleys Catholic Club.

To find out more visit https://neca.asn.au/content/our-awards