Back in January, following the devastation of the bushfires, Kerfoot made a commitment to help our country rebuild. 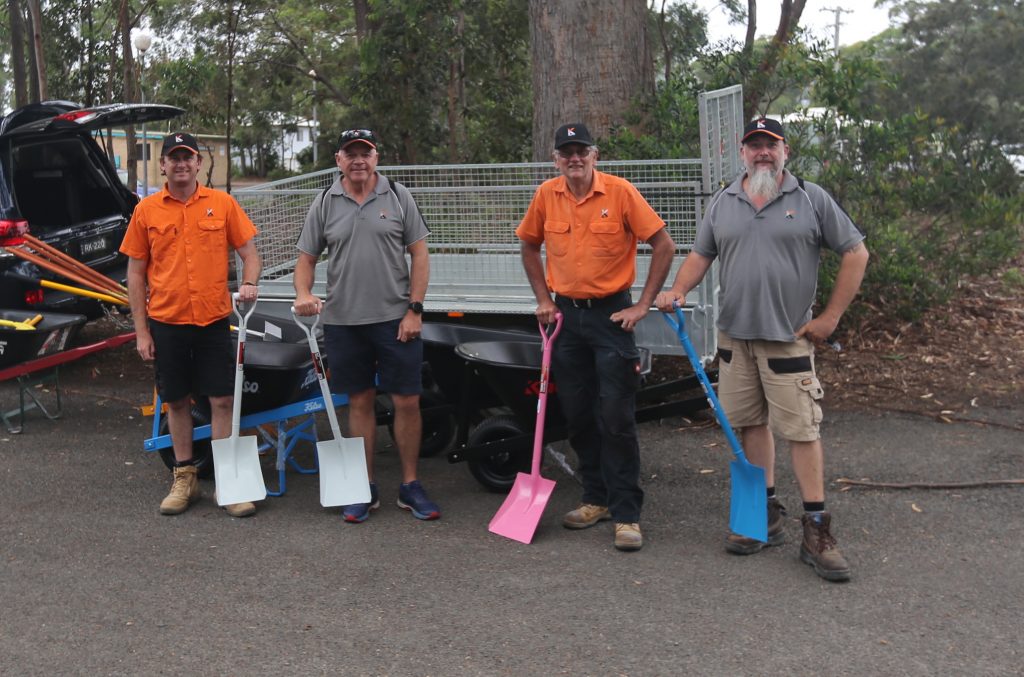 As a company, we pledged $120,000 to be delivered over the next 12 months in cash and donations in kind. We know that, despite the green grass that’s now covering the south coast, the profound impact of the bushfires will deeply impact families for years to come.

We’re proud to report that a crew of four Kerfoot team members (pictured above from left) Kurt Spowart, Richard Kerfoot, Rod Giddings and Chris Reiken, have just returned from their first trip to the bushfire impacted areas on the south coast.

Each team member used one RDO day for this trip (thank you!) and Kerfoot paid their way for the other two days as part of our pledged relief funding. 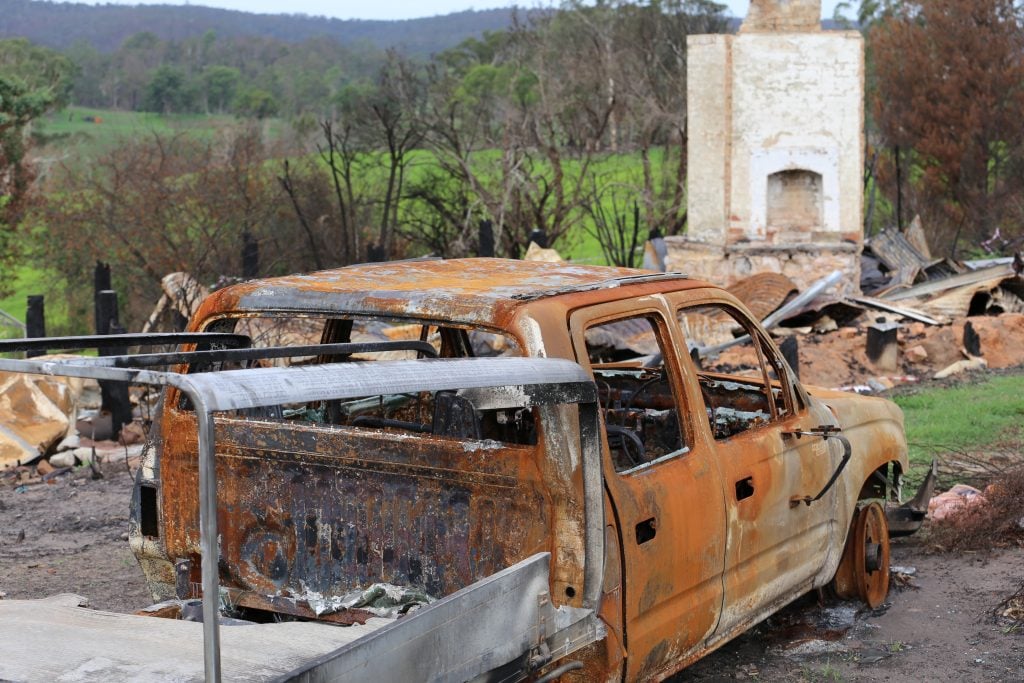 On this visit, the team went to Quaama village and the surrounding area in the Bega Valley. 450 houses were lost in this region which, of course, is astounding and devastating.

The team spent some time helping at out the Gillies property. This family has a small business called Gaslite Design. The Gillies family lost not only their entire home but their workshop, tools and equipment with which they earn an income. The Kerfoot crew worked with the family to get the laser cutting machine up and running on generator power, to get this family back in business and ready to complete backorders. They also remodelled packing materials into a cubby for the kids. This family has a lot ahead of them but we hope we were able to help in some way. 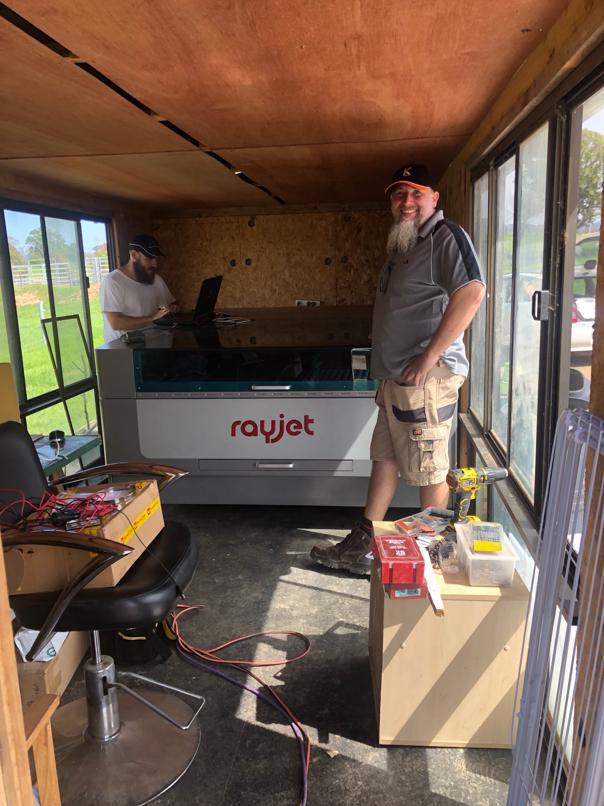 The Kerfoot guys also met up with Kurt Spowart’s sister who was badly affected by the fires, and found out about her friend who needed help after moving into a house filled with donated goods, after losing her own home. As you can imagine, dealing with a new household of stuff is an upheaval in itself so they got to work assembling furniture for her.

The crew got word of an older gent named Joe who needed some help. It turned out Joe’s shed was damaged with leads everywhere and the power was disconnected. The guys made the wiring safe again and restored the power for Joe. 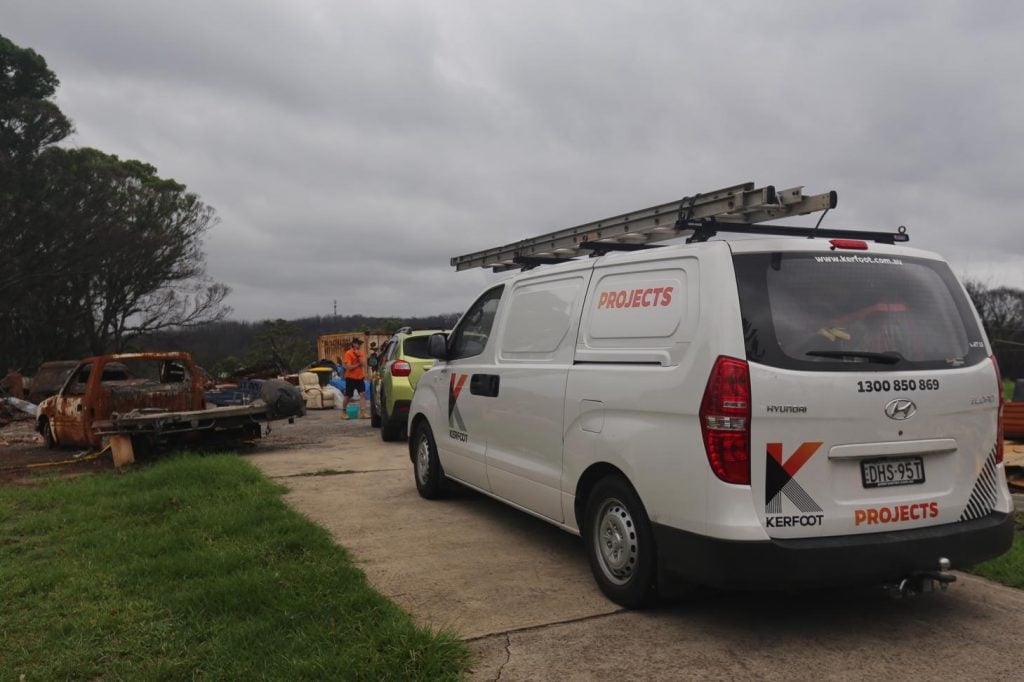 Intent on spending the funds in local businesses, the Kerfoot crew purchased items for the community from the Cobargo Co-Op:

The team also purchased two IBC Water tanks which were very well received. The community is in need of 60 or more of these, as most of Quaama doesn’t have access to town water.

Chris Reiken said it was a successful first trip. “It was great to see the gear we supplied was walking back out the door into the community before we had even left,” he said. “The community is very appreciative for any help they can get, as so far there has not been much help out at ground level. We’re getting a good idea of what the area needs and how much support the community is and isn’t getting.”

We believe it’s imperative that, as a county, we don’t underestimate the gravity of this disaster and the long path ahead of us all. A huge thank you to this first crew for all your help! 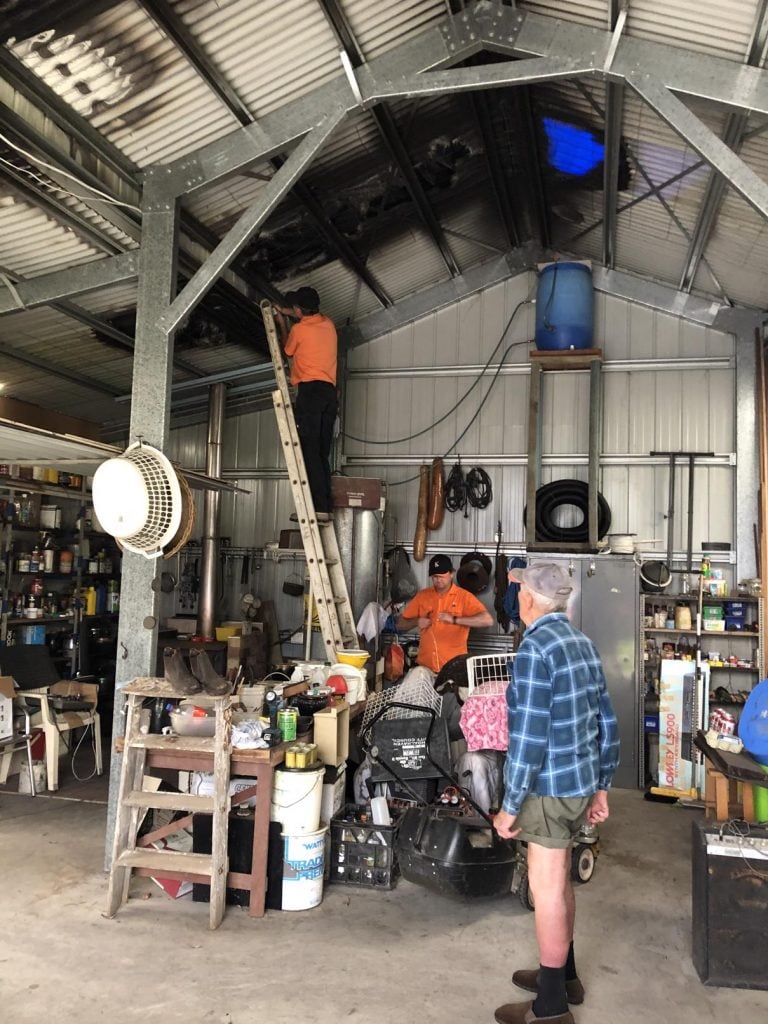